Lost daughters, half sisters, connections. #52ancestors is good for many things, not the least of which is getting me to acknowledge the limits of my online research capabilities. This week I try to track down each of the children of Martha Eliza Hine Brown.

Mattie died of something called quick consumption on 16 April 1913 and is buried in Tioga Point Cemetery in Athens with William Amos Brown (1854-1941). 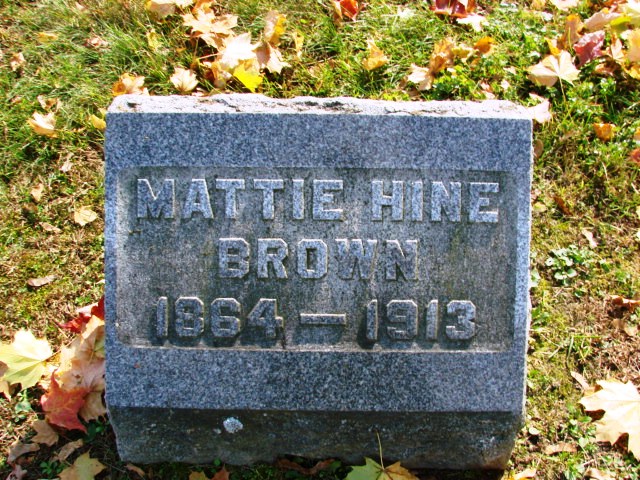