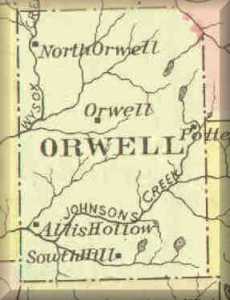 This week in #52ancestors addresses the Buttles family ancestor who moved from Connecticut to Bradford County, Pennsylvania.  Although the original family appears to have spelled the name Buttolphs, by the late 18th century it had settled into the Buttles spelling.  This does not keep every index system in the world from corrupting that into Battles, Butler and Butter but hey this is all about discovery and having fun, right?

Jarvis Buttles was born 16 October 1800 in Hartland, Connecticut, one of nine children of Elihu and Lovisa Reed Buttles.  Elihu migrated from Connecticut to South Hill, Pennsylvania during the winter of 1817-1818, and according to the published county histories: “He settled at South Hill, put up a factory and engaged in the manufacture of wooden dishes. He died in 1823 and was succeeded in the business by his son Jarvis who occupied the homestead until his death, Oct. 5, 1890, aged 90 years.”  Whatever dishes they manufactured must not have a “Buttles” maker mark because I have scoured the world with no luck finding one of theirs.

Jarvis first married on 21 Oct 1828 to Alma Cowdrey (1805-1843).  The marriage occured in Hartland, Connecticut, but the Hartland town marriage record notes that his residence was Orwell, Pennsylvania.  It also noted that his occupation was “reverend.”  They had nine children:

In addition to manufacturing wooden bowls and farming, Jarvis Buttles served as the postmaster of South Hill in Bradford county from 1853 to 1857 and then from 1858 to 1871.  The Post Office was then turned over to his son Samuel Buttles, who held the post until 1884 when Jarvis’s son Harlow Buttles took the post.  Harlow served until 1904 when the PO passed out of direct Buttles hands.

According to the US Postal Service:

“The job of postmaster was an important one — candidates for the job were proposed by the outgoing postmaster, the local community, or local congressmen. Beginning in 1836, postmasters at the largest Post Offices were appointed by the President and usually received the job as a political plum. The Postmaster General continued to appoint postmasters at smaller Post Offices. The Post Office often was kept as a sideline to the postmaster’s primary occupation, such as storekeeper.”

Jarvis Buttles died on 5 October 1890 and is buried in South Hill Cemetery in Orwell, Pennsylvania. 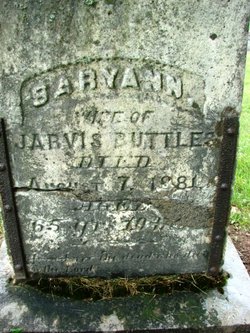