This week in #52Ancestors I continue to add to my knowledge of the Hine family.  Isaac Hine Sr. appears to have moved himself and his children from Connecticut to Greene County, New York.  His son, Isaac Jr., took his family the next step to Bradford County, Pennsylvania.

An early history of the Hine family remarks that Isaac Sr. removed from Connecticut to Cairo but does not mention a year.  One clue that the date might be earlier than 1800, is a mention of the early forge in Cairo, which was erected by an Enoch Hyde and a Benjamin Hall of Litchfield, Connecticut ca. 1788.  Cairo was formed in 1803 by merging several villages (Coxsackie, Catskill and Freehold into the town of Canton.  In 1808 the town was renamed Cairo.

Although Isaac Sr. does die in Greene County, I think it is possible that he traveled simply to be near his sons Benjamin and Isaac, as it is their names that appear in the early records of town history. As early as 1803, Benjamin Hine is listed as one of the first town officers and in 1804 he served as one of the inspectors on the election results. Isaac Hine Jr. was one of the incorporators of the Canton Bridge Company, formed in 1805.

The History of Greene County also mentions that the Hine family was involved in the establishment of Calvary Episcopal Church in Cairo, with Hiram Hine and Horatio Hine both serving as early vestry.

Isaac Hine Jr. married Rhoda Wright, possibly in 1791 but I have not been able to find a marriage record.  The couple had twelve children. I am not sure where the dates of birth on the children come from but several sources corroborate these dates.  However, I am not sure how one has a child on October 1st and then on December 25 of the same year.  I think it is more likely that Henry W. was born in 1805 as most of his Census entries agree with this date.  Henry goes on to Bradford County, PA and is my ancestor, his brother Hiram appears to have stayed in Greene County, NY, dying on 16 May 1841 and leaving a wife Sally and son Revillo Charles Hine who settle in Wisconsin.

Isaac appears to have made his living as a carpenter.  I do not know if this translated into furniture making  but his estate (he appears to have died without a will) shows 12 Windsor chairs in the “East Front Room” around the dining room table and 12 chairs in the “West Front Room.”  Well, you had to have somewhere to seat yourself and your twelve children!  I do think that household inventories are fascinating.  A list of things which, in 1825, were considered worth counting against the overall worth of a person.  In this case, there is nothing too surprising, as this family is comfortably well off and has an agricultural base of support to assist with the carpenter skills of Isaac Hine.  I have been able to find out that the “brittania tea pot” referred to on page 2 is a pewter teapot but would love to know more about the “Liverpool plates.” 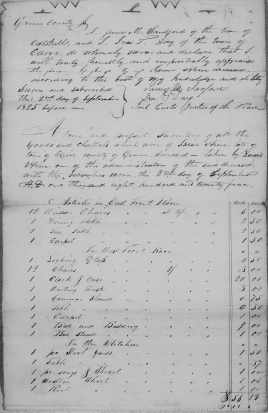 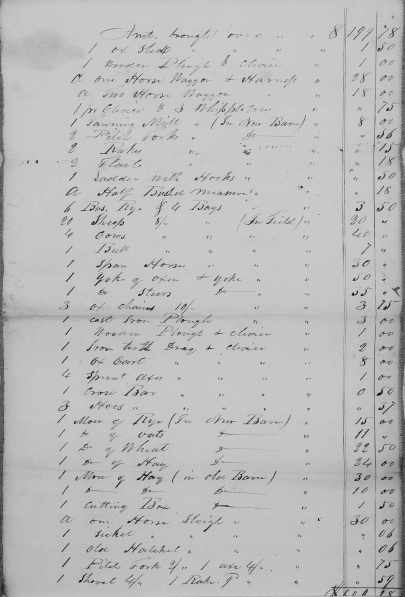 I don’t feel I know enough about this branch of the family tree.  I would like to know more about Rhoda and where she came from.  I would like to know more about their experience in Green County.  Someday, I may get to the local archive and be able to find more personality to go with what must have been an amazing settlement experience.  One thing that popped up unexpectedly and needs some followup is the fact that Isaac’s oldest son Lewis Hine is the grandfather of the famous photographer Lewis Hine.  How cool is that?!?